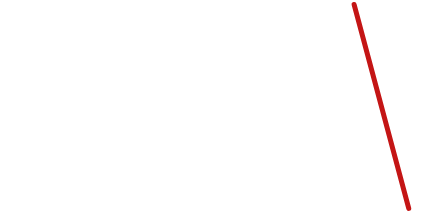 Lessons to Africa from Africa is a new collection which recovers insights from the revolutionary governments of early post-independence Africa to confront today’s development challenges. Case studies from across the continent detail African development alternatives formulated in areas across development planning, finance, industrialization and more, re-examined for today through a progressive, feminist lens. This special issue of CODESRIA’s Africa Development journal comes from Post-Colonialisms Today, a collective undertaking of African activist-intellectuals—including a working group, advisory group, and researchers from across the continent—with Regions Refocus serving as its secretariat. In today’s context where the failures of neoliberalism become increasingly stark, this collection makes concrete yet radical contributions to the search for alternatives.

Lessons to Africa from Africa begins by tracing the root of many African economic challenges: the continent’s subordinate place in the global economic order, as exporters of raw primary commodities (like agricultural goods, minerals, and oil) to fuel the economies of the industrialized global North. It is an unequal dynamic established under colonialism and perpetuated today through exploitative neoliberal finance, aid, trade, and investment regimes. In the early post-independence era, African governments, movements, and institutions recognized and disrupted this dynamic of economic and political dependence, but this project was cut short by the imposition of neoliberalism in the 1980s through World Bank/IMF structural adjustment policies. Today just as under colonialism, Africa’s resources are exploited at the benefit of the global North and a small elite under the guise of “free market” policies, and now the search for development alternatives is impeded by the dominance of neoliberal thought across the continent and the world.

Together, this special issue provides a framework for understanding some of the continent’s enduring challenges, and offers concrete lessons for progressive activists and policymakers to chart a path towards Africa’s political and economic agency.

Lessons to Africa from Africa is available open-access at postcolonialisms.regionsrefocus.org.

This introductory article frames the thesis underlying this special issue: that the recovery of the policies and thinking of early post-independence African governments holds profound insights for contemporary struggles against neoliberalism. The article unpacks the impacts of primary commodity export dependence on African economies, whose foundations were violently established under colonialism and maintained through neoliberalism. It then outlines the uniqueness of the early post-independence period, when governments adopted policies to break out of this dependence and promote autonomous development processes, including through nation-building, industrialisation, economic and agricultural diversification, and pan-Africanism. Finally, it suggests the value of efforts like this special issue produced by Post-Colonialisms Today, which seek to reimagine these approaches for today.

Tetteh Hormeku-Ajei is the Head of Programmes at the Third World Network-Africa and a member of the Working Group of Post-Colonialisms Today. He holds an LLM in International Economic Law and has more than 20 years of work experience in international trade and investment policy and negotiations. His work has been informed by fundamental questions of Africa’s economic developmental challenges.

Aishu Balaji is Senior Coordinator at Regions Refocus, which serves as Secretariat for Post-Colonialisms Today. ​​After experiencing frustration working in the neo-colonial context of INGOs, Aishu undertook research on the development industry through a critical lens as a master’s student at the London School of Economics and a Research Assistant to development academics. Her areas of inquiry have included caste-intersectionality in the Indian women’s movement, the political organizing of asylum seekers, autonomous development in post-independence Somaliland, and the politics of return migration.

Anita Nayar is Director at Regions Refocus, which serves as Secretariat for Post-Colonialisms Today. Anita has worked nationally and internationally on issues including women’s human rights, economic globalization, and climate justice. She previously served as Chief of the UN Non-Governmental Liaison Service in New York and on the Executive Committee of the South-based feminist network, Development Alternatives with Women for a New Era (DAWN).

This article analyses development planning in post-independence Ghana and Tanzania, particularly related to agriculture, in contrast with the contemporary neoliberal subsumption of African economies to market forces. The article derives lessons from both their successes and shortcomings. Ghana and Tanzania’s experiences suggest the importance of agricultural transformation for national self-sufficiency; development planning as a mechanism to link all sectors of the economy; and the key strategic potential of the state in production, distribution, and employment. Key shortcomings included the inability to fully de-link national economies from the global capitalist political economy and break dependence on earnings from cash crop exports and the political and economic marginalisation of women post-independence. The article suggests that progressive development planning that centres the pursuit of gender justice is a critical starting point for imagining and pursuing alternatives to neoliberalism.

Akua Opokua Britwum is Associate Professor of Gender and Labour Studies at the Institute for Development Studies, University of Cape Coast. As a researcher for Post-Colonialisms Today, she focuses on post-independence development planning in Ghana and Tanzania. She previously served as Director of the Centre for Gender, Research, Advocacy, and Documentation. Her interests cover gender-based violence and gender and economic policy, as well as trade union democracy and informal sector labour force organization.

This article analyses how sovereignty in Africa’s immediate post-independence period was necessarily conceptualised as a regional pan-African and internationalist project of decolonisation, outlining lessons for the contemporary period. The capacity of newly independent states to shape their domestic policy and mobilise resources was constrained by their subordinate place in the global political and economic order⁠, which made them dependent on foreign capital and tied them to the interests of their former colonisers. As such, they fostered radical regional and international solidarity that would facilitate the continent’s development. Looking at a series of feminist conferences in the immediate post-independence era, the article also traces the contributions of South feminists’ to the decolonisation project and African feminists to the conception of pan-Africanism, breaking with Western feminists to conceptualise national liberation as fundamental to gender justice.

Sara Salem is Assistant Professor in the Sociology department at the London School of Economics and Political Science. Sara’s research looks at questions of political economy, feminist and gender studies, postcolonialism, history, and Marxism in the particular context of Egypt. She has recently published journal articles on transnational feminism, postcolonial nationalism, and capitalist development in Egypt.

Economic Decolonisation and the Role of the Central Bank in Post-Colonial Development in Tunisia, by Chafik Ben Rouine

Overserving how the hegemonic neoliberal model of central banking works to undermine African agency and development in the present day, this article charts an alternative path, drawing from Tunisia’s efforts to decolonise their monetary institutions in the immediate post-independence period. Tunisia’s construction of a developmentalist central bank played a critical role in mobilising resources to facilitate their post-independence agrarian reform agenda and industrialisation plans. Key characteristics of this model included working in tandem with the government towards shared objectives, mobilising domestic resources to finance development plans, and intervening directly through methods like incentivised savings and subsidised loans for strategic sectors. This is in contrast with the neoliberal model in which central banks are independent from the government, focused on controlling inflation above all else, and exclusively use indirect methods like interest rates to conduct monetary policy. The article highlights the progressive and feminist potential of central bank reform in the contemporary period as a key mechanism for Africa’s economic transformation.

Variations in Postcolonial Imagination: Reflection on Senghor, Nyerere, and Nkrumah, by Jimi Adesina

This article aims to strengthen contemporary efforts to construct and pursue a pan-African agenda by interrogating the post-colonial imaginings of Léopold Sédar Senghor, Julius Nyerere, and Kwame Nkrumah. To counter the present-day tendency to erase and flatten the diversity of this period, this chapter explores the variations and similarities of the three leaders’ approaches to socialism, pan-African unity, nationhood, economic development, epistemology, and democracy. Through this contrast, the article derives some broad lessons for the contemporary period, including the importance of cultivating domestic resources (human, material, and financial) rather than being dependent on external forces; the need for countries to construct a macro vision that coordinates their economic, social, and political projects; and the importance of maintaining the sovereignty of thought in the policy thinking on the continent to effectively break free from the universal, market-based prescriptions that now dominate under neoliberalism.

Jimi Adesina is Professor and the DST/NRF SARChI Chair in Social Policy at the College of Graduate Studies, University of South Africa in South Africa. Educated at the University of Ibadan (Nigeria) and Warwick University (UK), he served on the Executive Committee of the CODESRIA, and was Chair of its Programme Sub-Committee. A past President of the South African Sociological Association, he was elected to the Academy of Science of South Africa in 2005. He serves on the Board of the UN Research Institute for Social Development and the Board of RC19 of the International Sociological Association. His research interests include sociology, social policy, and the political economy of Africa’s development. He has published widely in these areas.

The Rocket in The Haystack: Between Nasser’s Developmental Vision and The Neo-Imperialist Mission, by Kareem Megahed & Omar Ghannam

This article assesses Gamal Abdel Nasser’s efforts to transform Egypt’s post-colonial economy via his industrialisation policies, drawing lessons for today from both his successes and shortcomings. By analysing outcomes through indicators of industrial production, employment patterns, productivity, and main beneficiaries in the post-independence period, the article critiques Nasser’s incremental approach, the undermining of worker’s movements, and the limiting nature of ‘state feminism,’ which contributed to the failure to achieve full economic and political independence, leading to its eventual collapse in the face of imperialist resurgence. Nasser’s industrialisation project, however, does demonstrate the superiority of active policy intervention, particularly of planning and import-substitution-industrialization, and suggests the need to pursue central planning, economic inclusion, self sufficiency, and social production aimed at meeting the material needs of the population in the contemporary period.

Kareem Megahed is Economic Justice Programs’ Officer at Social Justice Platform (SJP). He finished his Master’s in Political Economy at the University of Manchester in 2017, where he wrote his thesis on Egypt’s 1919 revolution and its economic nationalism, and he studied political science and history at the American University in Cairo (AUC). Previously, he worked as a teaching assistant in the department of Political Science in AUC and for two years he was a researcher at the Economic and Business History Research Center (EBHRC) in AUC.

Omar Ghannam is Research Director at Social Justice Platform (SJP). Omar attained a Bachelor of Arts in Political Economy from the American University in Cairo (AUC) and is currently pursuing his master’s degree at the same institution with a focus on debt and imperialism. Previously, he was the Operations Director of a marketing firm and media production house, and he headed the economic justice program for the Egyptian Center for Economic and Social Rights (ECESR). He currently sits on the Board of Directors of Tax Justice Network-Africa (TJN-A) as the constituent representative of North Africa. 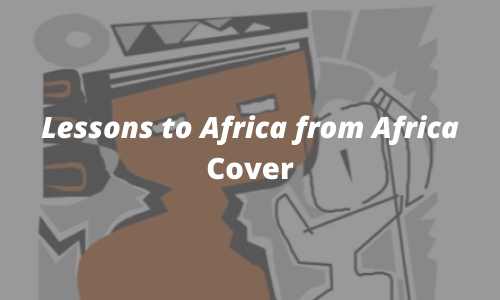 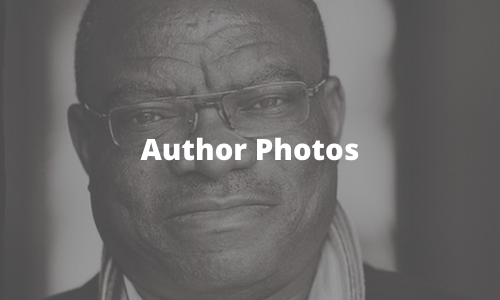 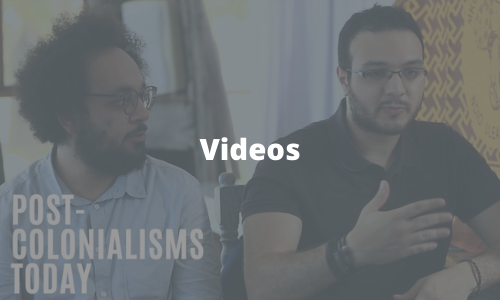 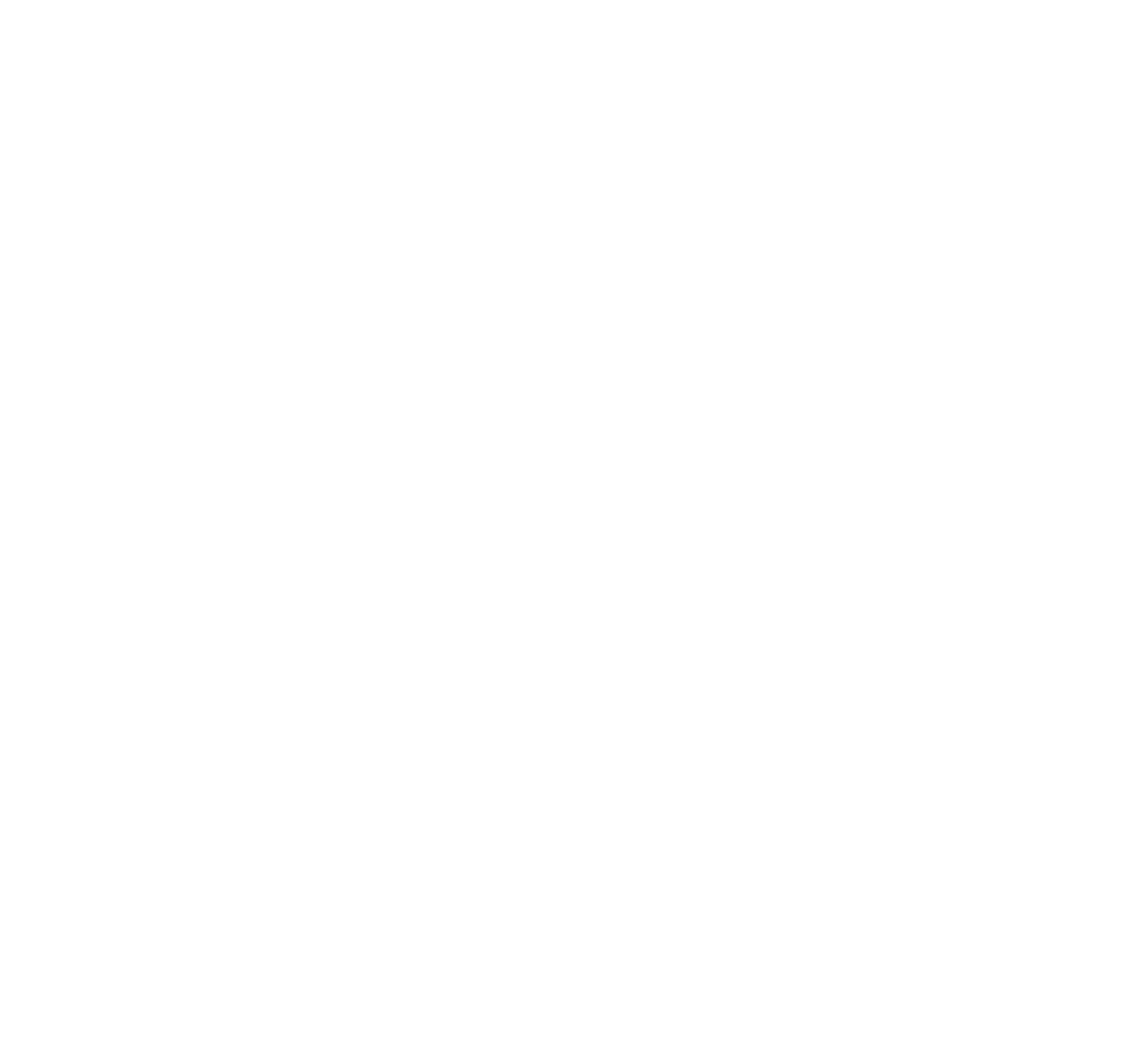 Post-Colonialisms Today recovers lessons from the immediate post-independence period in Africa, and mobilizes them through a feminist lens to address contemporary challenges. The project is housed at Regions Refocus. We welcome opportunities for collaboration at postcolonialismstoday@regionsrefocus.org